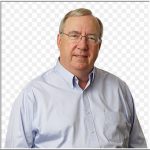 In a memo issued Dec. 1, new National Labor Relations Board (NLRB) General Counsel Peter Robb ordered NLRB offices across the country to refer all cases to him that are based on rulings during the eight years of President Obama.

Robb wrote: “Significant legal issues include cases over the last eight years that overruled precedent and involved one or more dissents, cases involving issues that the Board has not decided, and any other cases that the Region believes will be of importance to the General Counsel.”

The NLRB general counsel serves as a referee and gatekeeper for deciding which cases should be reviewed and prosecuted. It is not unusual during a change of administrations for the general counsel to draw in decisions made during the time of the outgoing administration. Robb’s Democratic predecessor issued a similar memo when he came on board.

In short, Robb’s action puts on hold the Obama-era broad expansion of employee rights, often centered on Section 7 of the National Labor Relations Act (NLRA), which governs the relationship between employers and employees and their unions, if any.

In his memo, Robb specifically rescinded seven “guidance memos” issued by the Obama NLRB. These memos advised local board officials on how to interpret and enforce the law.

One case, known as Browning-Ferris, expanded the concept of joint employer to hold franchising corporations like McDonald’s liable for rights violations at individual franchise locations. That ruling is now on hold. Other significant cases allowed employees to use company email to organize for unionization and to record conversations at work.

According to an NLRB press release on Robb:

Before becoming the NLRB’s General Counsel, Mr. Robb was a Director at the northern New England law firm Downs Rachlin Martin PLLC (DRM). Robb joined DRM as a Director in 1995. He chaired the firm’s Labor and Employment Practice Group from 2000 to 2009 and served as Deputy Managing Partner from 2009 to 2012. He also served on the American Bar Association’s Practice and Procedures Committee for the National Labor Relations Board.