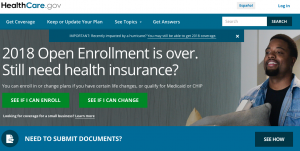 Congress this morning passed its tax reform legislation and sent it to the president’s desk for signing. The inclusion of a provision to repeal the Affordable Care Act (ACA, or Obamacare) individual mandate has caused concern that a shrinking pool of young people on the Obamacare exchanges will result in higher premiums for older, sicker individuals forced to buy coverage for their pre-conditions.

The Congressional Budget Office (CBO) estimates ending penalties for not having insurance will lead to 13 million additional people being uninsured and premiums growing by about 10 percent.

NOTE: The repeal of the tax penalty for not having health insurance does not kick in until Jan. 1, 2019.

Obamacare open enrollment has ended, but so has the individual mandate for 2018.

“We are deeply concerned the Senate plan to repeal the ACA’s individual mandate would jeopardize ongoing coverage for those who need it most by pricing them out of the marketplace. As they drop out of coverage, and as others choose not to enroll, uncompensated care costs will rise at hospitals already struggling to meet their mission,” Bruce Siegel, MD, president and CEO of America’s Essential Hospitals, said in a statement.

The American Hospital Association (AHA), while praising the inclusion of medical expense deductions (initially targeted for elimination), largely agreed, stating “…we are concerned about the inclusion of the individual mandate repeal and the consequences that this would pose to our patients. It is unfortunate that the important task of overhauling the tax code will erode health coverage for many.”

The Association for Community Affiliated Plans (ACAP) fought the legislation from the git-go.

“ACAP is concerned that this decision will destroy the health insurance marketplaces, which when coupled with the administration’s forthcoming proposal to expand access to short-term limited-duration insurance, will further exacerbate the market, leading to a death spiral,” wrote ACAP CEO Margaret Murray in a letter.

While the tax legislation repeals the individual mandate, the Employer Shared Responsibility provision of the ACA remains intact. Affected Large Employers (ALEs), companies with 50 or more employees, are still responsible for providing health insurance and file annual reports with the IRS or face stiff penalties.