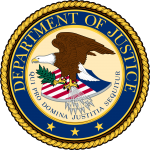 Attorney General Jeff Sessions has announced that, pursuant to Executive Order 13777 and his November memorandum prohibiting certain guidance documents, he is rescinding 25 such Department of Justice (DOJ) documents that were deemed unnecessary, inconsistent with existing law, or otherwise improper.

In making the announcement, the Attorney General said:

Last month, I ended the longstanding abuse of issuing rules by simply publishing a letter or posting a web page. Congress has provided for a regulatory process in statute, and we are going to follow it. This is good government and prevents confusing the public with improper and wrong advice.

Therefore, any guidance that is outdated, used to circumvent the regulatory process, or that improperly goes beyond what is provided for in statutes or regulation should not be given effect. That is why today, we are ending 25 examples of improper or unnecessary guidance documents identified by our Regulatory Reform Task Force led by our Associate Attorney General Rachel Brand.  We will continue to look for other examples to rescind, and we will uphold the rule of law.

The list of 25 guidance documents that DOJ has withdrawn in 2017 is as follows:

(Note that 10 of the 25 deal with the Americans with Disabilities Act , or ADA.)