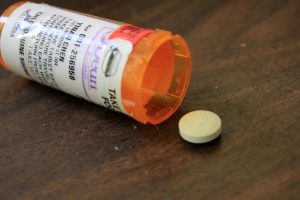 The leaders of each company — Amazon’s Jeff Bezos, Berkshire Hathaway’s Warren Buffet, and JPMorgan’s Jamie Dimon — offered few details, but said the effort would focus on technology to both speed up delivery and constrain costs.

“The ballooning costs of (health care) act as a hungry tapeworm on the American economy,” Buffett said in a prepared statement. “Our group does not come to this problem with answers. But we also do not accept it as inevitable. Rather, we share the belief that putting our collective resources behind the country’s best talent can, in time, check the rise in health costs while concurrently enhancing patient satisfaction and outcomes.”

The company will initially serve the three companies’ employees, but “potentially, all Americans,” according to Dimon. The initiative will also  be independent and “free from profit-making incentives and constraints.”

“We enter into this challenge open-eyed about the degree of difficulty,” said Bezos, whose net worth is now close to $120 billion according to Bloomberg. “Hard as it might be, reducing health care’s burden on the economy while improving outcomes for employees and their families would be worth the effort. Success is going to require talented experts, a beginner’s mind, and a long-term orientation.”

Amazon has long been rumored to have designs on entering the health care field, perhaps as a mail-order deliverer of low-cost medications.  The web giant has already bought pharmacy licenses in 12 states, but it would need licenses in every state to go live.

Employer-sponsored health insurance is the largest supplier of health care in America, serving 151 million Americans. The three companies have a combined workforce of more than 1 million.

Healthcare spending totaled $3.3 trillion in 2016, an 18 percent share of the country’s gross domestic product and 4.3 percent higher than the previous year, according to the Centers for Medicare and Medicaid Services (CMS).