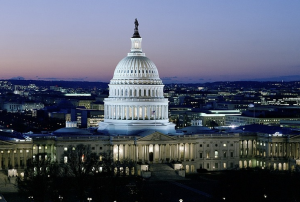 While Speaker of the House Paul Ryan (R.-Wisc.) told Fox Business that the new Republican goal was to seek “incremental” health care reform rather than repeal-and-replace, House Ways and Means Chairman Kevin Brady (R.-Texas) said separately that the employer shared responsibility mandate of the Affordable Care Act (ACA) would be high on the chopping block.

“We’ve discussed that with him as well as committee members, so yeah, there is that discussion, and I’d like to see us make progress there,” Brady said.

The employer shared responsibility provision mandates that businesses with 50 or more full-time employees provide minimum essential health coverage or face a fine for each violation over 30. Brady said he would seek not only repeal of the mandate but forgiveness of any penalties imposed since the mandate took effect in 2015.

Meanwhile, Ryan cited the repeal of the individual mandate in the Tax Cuts and Jobs Act as an example of incremental reform, while at the same time implicitly blaming Sen. John McCain (R.-Ariz.) for the one-vote failure of repeal-and-replace.

In an interview with Fox’s Maria Bartiromo, Ryan said: “What we tried to do was do it all in the House bill with repeal and replace. Like I said, we passed it. And that bill — one guy in the Senate did this instead of that and that went down. That would have been the biggest entitlement reform bill ever passed by Congress.”

Social Security is part of a solvency problem . . . but nothing like we do on the healthcare entitlements. That’s why we can never give up on healthcare reform, because that is the key driver of our debt in the future. If you reform healthcare, then you take care of the structural drivers of our debt, like Medicare and Medicaid.