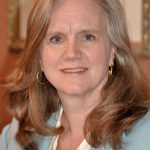 The general counsel has broad power to decide which legal cases the commission will pursue.

Formerly an associate at Jones Day, Gustafson is currently an independent attorney working out of Arlington, Va., and specializing in discrimination and whistleblower cases. She represents mostly employees but has done some work for employers as well. She also works on adoption issues.

Her most high-profile courtroom appearance was in Young v. UPS, a pregnancy discrimination case she argued before the Supreme Court. As a result of that case, employers must now provide pregnant workers with the same accommodations they would for the disabled, a definite employee-friendly result.

The Metropolitan Washington Employment Lawyers Association in 2016 awarded Gustafson “Lawyer of the Year” for her civil rights work, including her advocacy in the Young case, according to the White House’s nomination announcement.

She is a member of the National Employment Lawyers Association (NELA), an organization that presents itself as advancing employee rights.

The nomination might come across as a bit surprising to Trump business-siders who were expecting a management-friendly lawyer to be nominated. Gustafson’s nomination comes after the president this past summer re-nominated Chai Feldblum to the commission. She is also decidedly not a pro-management lawyer.

Gustafson was graduated in 1991 from the Georgetown University Law Center, and from there joined Jones Day. She is married to David Gustafson, a U.S. Tax Court judge. Her son Adam is a partner at Washington’s Boyden Gray & Associates. The Gustafsons have 9 children and 11 grandchildren.