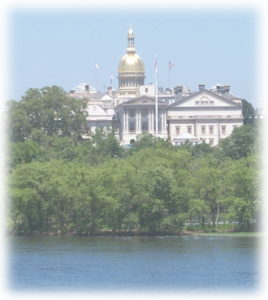 The New Jersey legislature has sent a bill to Gov. Phil Murphy, a Democrat, that would reinstate the expiring individual health insurance mandate of the Affordable Care Act (ACA, or Obamacare).

Under terms of the bill — New Jersey Health Insurance Market Preservation Act — those who lack health insurance would be subject to a fine of 2.5 percent of their household income or $695 per adult and $347 per children, whichever is greater. The individual mandate of the ACA expires in 2019 after Republicans in Congress eliminated all monetary penalties associated with it as part of their tax reform package.

Money collected from those without insurance would be deposited in the New Jersey Health Insurance Premium Security Fund, which would be created by a second bill. The fund would be used to cover catastrophic health insurance claims to help keep the lid on insurance premiums.

New Jersey would thus join Massachusetts as the only states with individual mandates. Massachusetts’ mandate is associated with the state’s health care system known as Romneycare, which was largely the model for Obamacare.

Impetus for the legislation came from fear that health insurance premiums would rise too high if young, healthy people dropped out of the market.

“The magnitude of the consequences of that decision [repealing the federal mandate] will usher in an era of higher health insurance costs for everyone and lower health coverage rates,” said state Sen. Troy Singleton, D-Burlington, one of the bill’s sponsors.

The question now is whether other states controlled by Democrats will copy the New Jersey effort.