OMB to Withhold Funding from the NLRB 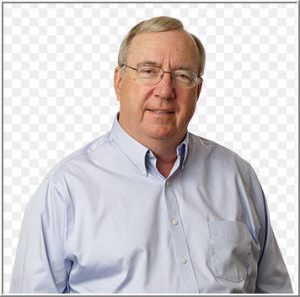 While General Counsel Peter Robb seeks to reorganize and rein in the agency’s regional directors, the National Labor Relations Board (NLRB) has been told not to spend money past April by the Office of Management and Budget (OMB).

“The agency heads are claiming that OMB told them” the labor board “can’t spend past April” because the White House and some Republican lawmakers are considering trying to rescind part of the board’s funding, one source told Bloomberg Law on the condition of anonymity.

The White House has authority to withhold any agency’s funding for up to 45 days, but after that, the funds must be dispersed unless the Senate passes a rescission bill, which requires only a majority vote.

Lawmakers basically ignored all the agency cuts in the proposed budget issued by the Trump administration, and when the FY 2018 budget passed on March 23, almost no federal agency had to take a fiscal haircut. Now the OMB and the White House are working with Senate Republicans on a rescission bill to claw back part of that massive $1.3 trillion budget.

As for Robb, the counsel is considering stripping the board’s regional directors of some of their authority and revamping board investigations to speed the regulatory process.

Over at the Department of Labor (DOL), Secretary Alexander Acosta testified before Congress that he is “in discussion with OMB around a potential rescission.” The DOL received a $192-million increase for 2018 with a total outlay of $12.2 billion.

In a memo issued Dec. 1,  Robb ordered NLRB offices across the country to refer all cases to him that are based on rulings during the eight years of President Obama.

Robb wrote: “Significant legal issues include cases over the last eight years that overruled precedent and involved one or more dissents, cases involving issues that the Board has not decided, and any other cases that the Region believes will be of importance to the General Counsel.”

The NLRB general counsel serves as a referee and gatekeeper for deciding which cases should be reviewed and prosecuted. It is not unusual during a change of administrations for the general counsel to draw in decisions made during the time of the outgoing administration. Robb’s Democratic predecessor issued a similar memo when he came on board.

In short, Robb’s action puts on hold the Obama-era broad expansion of employee rights, often centered on Section 7 of the National Labor Relations Act (NLRA), which governs the relationship between employers and employees and their unions, if any.