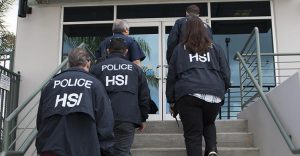 BREAKING NEWS: According to legal watchdog group JDSupra, ICE is planning a surge in I-9 audits this summer, to wit: “And the heightened worksite enforcement efforts will increase over the summer, according to ICE’s acting executive associate director for Homeland Security Investigations (HSI). In addition to this increase in worksite investigations, criminal and administrative arrests associated with workplace immigration laws have risen significantly as well.”

“Our worksite enforcement strategy continues to focus on the criminal prosecution of employers who knowingly break the law, and the use of I-9 audits and civil fines to encourage compliance with the law,” said Acting Executive Associate Director for HSI Derek N. Benner. “HSI’s worksite enforcement investigators help combat worker exploitation, illegal wages, child labor and other illegal practices.”

Under federal law, employers are required to verify the identity and employment eligibility of all individuals they hire, and to document that information using the Employment Eligibility Verification Form I-9. ICE uses the I-9 inspection program to promote compliance with the law, part of a comprehensive strategy to address and deter illegal employment. Inspections are one of the most powerful tools the federal government uses to ensure that businesses are complying with U.S. employment laws.

A notice of inspection alerts business owners that ICE is going to audit their hiring records to determine whether they are complying with existing law. Employers are required to produce their company’s I-9s within three business days, after which ICE will conduct an inspection for compliance. If employers are not in compliance with the law, an I-9 inspection of their business will likely result in civil fines and could lay the groundwork for criminal prosecution if they are knowingly violating the law. All workers encountered during these investigations who are unauthorized to remain in the United States are subject to administrative arrest and removal from the country.

Failure to follow the law can result in criminal and civil penalties. In FY17, businesses were ordered to pay $97.6 million in judicial forfeitures, fines and restitution, and $7.8 million in civil fines, including one company whose financial penalties represented the largest payment ever levied in an immigration case