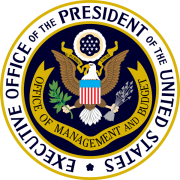 Early in his administration, President Trump issued an executive order mandating that, for every new regulation, two existing regulations had to be eliminated. How is that mandate succeeding?

The Competitive Enterprise Institute recently ran some calculations and determined that the actual ratio of deregulation to regulation stands at 5-to-1, not 2-1; in other words, the effort is exceeding expectations.

According to the institute’s “Ten Thousand Commandments,” which tracks all things regulatory, Congress drew back 16 late-term Obama regulations through use of the Congressional Review Act (CRA). On top of that, federal agencies themselves (except for independent agencies not subject to the executive order, such as the Federal Communications Commission) achieved another 142 deregulations, while issuing only 29 new regulations.

In the recently released “Unified Agenda of Regulatory and Deregulatory Actions,” the pace quickens a bit to 6-to-1, according to institute reckoning.

To make matters easier to follow, the Trump Office of Management and Budget (OMB) has done what it calls a “system update,” so that now regulators must identify all new rules and regulations as “net regulatory” or “net deregulatory.”