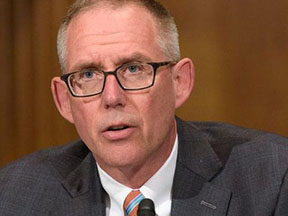 Responding to criticism from three liberal Senators, National Labor Relations Board (NLRB) Chairman John Ring has affirmed that the agency will issue a Notice of Proposed Rulemking (NPRM) on defining joint employer relationships “as soon as possible, but certainly by this summer.”

The board’s intention to use rulemaking on the joint employer issue was first announced in its spring regulatory agenda, prompting a May 29 letter from Sens. Kristen Gillibrand, Elizabeth Warren and Bernie Sanders questioning the ethics of such rulemaking and accusing Ring of pre-determining the rule before public commentary is undertaken.

Ring responded yesterday with a written reply, arguing that  since “any rule developed will apply prospectively only, its application will not affect any case pending before the Board or one of its regional offices on the effective date of the final rule, and thus it will not affect any parties to pending cases.”

He also said he has “an open mind and will consider all comments we receive from interested parties,” but he “will not pretend that I am devoid of opinions on the subject.”

Ring also said the Board “will be announcing in the near future a comprehensive internal ethics and recusal review” to ensure its own compliance with “all ethical obligations and recusal requirements.”

The joint employer definition issue arose when the Obama NLRB ruled in a case known as Browning-Ferris that such a relationship exists when one company has “indirect control” over another company’s employees, as in a franchiser-franchisee relationship.

The longstanding definitely had been that a joint employer relationship exists only when another company has “direct and immediate control” over a company’s employees. The Trump NLRB voted to restore this standard in December 2017 in a case known as Hy-Brand, but it was later forced to rescind that ruling over ethical issues.

Instead of waiting for another case to come along to try to reverse the Obama-era definition, the Republican-majority NLRB announced in its regulatory agenda that it would turn to rulemaking.