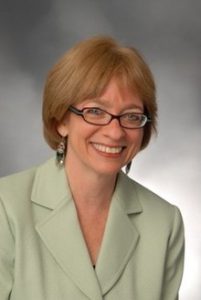 Since Democrats say they won’t vote on the president’s other two nominations — Janet Dhillon and Daniel Gade — unless they are packaged with Feldblum, the EEOC currently retains a 2-to-1 Democrat majority. The lone Republican, Victoria Lipnic, is chair of the commission but outnumbered and unable to set a new agenda.

Another consequence is that the sexual harassment guidance crafted by the EEOC in 2017 is on hold at the White House Office of Management and Budget (OMB) pending approval of the two Republicans. When and if that happens, Dhillon will replace Lipnic as chair, and the GOP will have its first majority since 2008.

Senate Majority Leader Mitch McConnell is unwilling to devote 30 hours of floor debate on each nominee as a workaround for the stalemate. But Sen. Lee says he won’t budge, calling Feldblum a “radical” unqualified for the commission.

Meanwhile, the White House has been unwilling to withdraw Feldblum’s nomination and has “no plans to change,” according to Lindsay Walters, a deputy press secretary.