Uptick in Harassment Complaints from #MeToo Movement Yet to Happen, EEOC Says 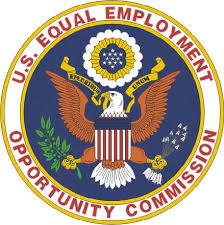 Watch our YouTube video on preventing harassment in the workplace.

The Equal Employment Opportunity Commission (EEOC) this week convened its Select Task Force on the Study of Harassment (details here), during which Acting EEOC Chair Victoria Lipnic confirmed that the agency has seen no uptick in sexual harassment claims since the #MeToo movement began — but added that it could still happen.

She also noted that the EEOC’s new guidance on harassment in the workplace is in the hands of the Office of Management and Budget (OMB), where it was sent before the inauguration of President Trump, and will no doubt linger there until the Senate confirms Trump’s two new appointees to the commission.

Despite the report of no #MeToo uptick, the EEOC this week filed seven sexual harassment lawsuits across the nation.

“As the nation has seen over the past nine months, harassment at work can affect individuals for years in their careers and livelihoods,” said EEOC Acting Chair Lipnic. “There are many consequences that flow from harassment not being addressed in our nation’s workplaces. These suits filed by the EEOC around the country are a reminder that a federal enforcement action by the EEOC is potentially one of those consequences.”

She continued, “I commend our investigative and trial teams, and our Office of General Counsel, for their work on these important cases. I also commend the individuals who came forward, for bringing their stories to the EEOC in the first place.”

The EEOC’s Birmingham District Office sued Master Marine, Inc., a Gulf Coast shipbuilder, for racial and same-sex sexual harassment for allowing one of its lead welders to sexually and racially harass a male Asian-American welder at its Bayou La Batre, Alabama, headquarters. In addition, Master Marine subjected three African-American employees to racial harassment, the EEOC said. According to the EEOC’s lawsuit, a supervisor repeatedly referred to the welder in racially derogatory terms, including making insensitive remarks regarding the victim’s Asian heritage. In addition, the suit alleges that the supervisor repeatedly made unwanted sexual comments and inappropriately touched the welder. The EEOC also charged that the harasser discriminated against three black employees by subjecting them to racial harassment. The alleged harasser, who also supervised these employees, reportedly referred to them as “n—-r,” “monkey,” and “boy.”

The agency’s Phoenix District Office and its Albuquerque Area Office sued Real Time Staffing Services, Inc., doing business as Select Staffing in Albuquerque, for allowing a group of female employees to be subjected to sexual harassment while they were working at the Inspection of Public Records Act Unit of the Albuquerque Police Department. The EEOC said that the women were subjected to pervasive unwelcome sexual comments, including comments about their breasts and buttocks; referred to as “prostitutes” and “sluts”; and subjected to unwelcome touching.

The agency’s Dallas District Office sued G2 Corporation, doing business as Screen Tight, for subjecting a female worker in Corsicana, Texas to unwelcome physical and verbal sexual harassment at the hands of her production manager and another high-level corporate officer. The EEOC alleges that the manager followed the worker, who was tasked with cleaning bathrooms, into both the men’s and women’s restrooms while making sexual comments and attempting to force himself on her. The EEOC said that the vice president of the company also made graphic, intimidating sexual comments to her.

The EEOC’s St. Louis District Office sued New Prime Trucking, Inc. / Prime, Inc., one of the nation’s largest trucking companies, for allowing the sexual harassment and threatening of a female truck driver. According to the EEOC’s suit, the company knew that one of its independent contractor drivers had sexually harassed at least one female driver trainee. The EEOC said Prime stopped using the harasser as a trainer, but allowed him to continue driving for the company and continued providing him with Prime employees to work as co-drivers. The agency said that when the harasser asked a new female driver to work as his co-driver, Prime allowed the match but did not warn the woman about the harasser’s past misconduct or warn him that he must not harass her while she worked as his co-driver. The harasser verbally harassed the woman for the six weeks they drove together, and he told her she would lose her job and commercial driver’s license if she reported his behavior, the EEOC alleged.

The agency’s Los Angeles District Office filed suit against Sierra Creative Systems. The suit alleged that the company subjected female workers to ongoing verbal and physical sexual harassment and retaliation at its North Hollywood facility, and such conduct continued later at its Paramount facility. The EEOC said a supervisor rubbed the backs of female employees while making comments about their underclothes and “accidentally” grazed their breasts with his elbows while they were working at the printing machines. In addition to physical harassment, the EEOC charged that employees were subjected to verbal harassment, including being called “whores” or “sluts,” being referred to as “cows” and “donkeys,” and being called useless, stupid, and ignorant. The company did nothing to stop this abuse, and those who reported the misconduct were subjected to harassment and retaliation, the EEOC said.

The Los Angeles District Office and its San Diego Local Office sued Tapioca Express, a South El Monte, California-based milk tea franchise, and two of its franchisees for subjecting female employees to sexual harassment. The agency said the owner of two Tapioca Express franchisees in Chula Vista and National City, California, inappropriately touched women and made repeated comments of a sexual nature to them. Some female employees felt compelled to quit as a result of the escalating abuse, the EEOC alleged.

The EEOC’s Indianapolis District Office and its Cincinnati Area Office sued Total Maintenance Solutions, a Cincinnati-based commercial cleaning and construction clean-up company, for subjecting an employee to a sexually hostile work environment. According to the EEOC’s suit, the company owner forced the employee to endure unwanted touching, sexual comments, overtures, and ogling. The lawsuit alleges that he called an employee his “little young ass” and told her how sexy she looked. He also allegedly hugged her, made sexual comments about her body and repeatedly called her at night at her home after work hours suggesting that they have a sexual relationship. The employee complained repeatedly about the sexually hostile work environment, and was subsequently fired in retaliation for her complaints, the EEOC said.