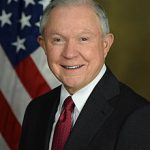 Attorney General Jeff Sessions today announced that, consistent with his November 2017 memorandum prohibiting the Department of Justice (DOJ) from making rules without following the procedures required by Congress, he is rescinding 24 guidance documents that were unnecessary, outdated, inconsistent with existing law, or otherwise improper.

Perhaps most prominent in the documents rescinded were those from the Obama era urging racial quotas in admissions to achieve diversity in higher education.

“The American people deserve to have their voices heard and a government that is accountable to them,” Sessions said. “When issuing regulations, federal agencies must abide by constitutional principles and follow the rules set forth by Congress and the President. In previous administrations, however, agencies often tried to impose new rules on the American people without any public notice or comment period, simply by sending a letter or posting a guidance document on a website. That’s wrong, and it’s not good government.”

The list of 24 guidance documents that DOJ has withdrawn in 2018 is as follows: