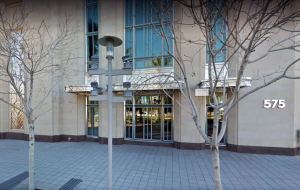 The Las Vegas Metro Chamber of Commerce is reviving its once-thriving association health plan (AHP) under new rules released by the Department of Labor (DOL). Prior to the Affordable Care Act (ACA), the chamber’s AHP served  some 20,000 members for nearly 30 years but was forced out of business because it didn’t meet the new standards of Obamacare.

The new rule takes effect on Sept. 1, but new AHPs cannot commence before April 1, 2019. Meanwhile, the chamber is still seeking a partner, according to a report by Bloomberg Law.

The DOL, following an executive order by President Trump, issued a final rule in June that tweaks the definition of employer in the Employee Retirement Income Security Act (ERISA), enabling groups defined by industry or geography — even across state lines — to form association health plans without adhering to the requirements of the ACA. This final rule takes effect Aug. 20.

Additionally, under the new rule, even the self-employed can join an AHP.

Because these new AHPs do not have to offer all the coverage of an ACA policy, they have been called both “skinny” plans and “substandard” plans that will mainly benefit only those who are already healthy.

AHPs are also subject to the approval of state insurance commissioners. The Nevada commissioner has yet to weigh in.