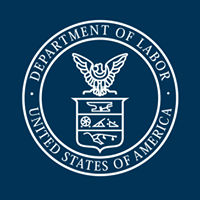 The Department of Labor (DOL) has rescinded the 2016 Persuader Rule, which exceeded the authority of the Labor-Management Reporting and Disclosure Act (LMRDA), according to its press release.

The Persuader Rule impinged on attorney-client privilege by requiring confidential information to be part of disclosures and was strongly condemned by many stakeholders, including the American Bar Association, according to the DOL. A federal court has also ruled that the Persuader Rule was incompatible with the law and client confidentiality.

“For decades, the department enforced an easy-to-understand regulation: Personal interactions with employees done by employers’ consultants triggered reporting obligations, but advice between a client and attorney did not,” the Office of Policy’s Deputy Assistant Secretary Nathan Mehrens remarked. “By rescinding this Rule, the department stands up for the rights of Americans to ask a question of their attorney without mandated disclosure to the government.”