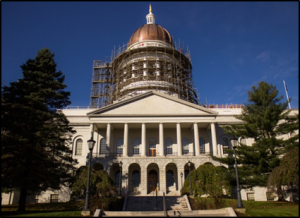 The Centers for Medicaid and Medicare Services (CMS) has issued a Section 1332 Waiver to Maine to allow the state to set up a reinsurance plan to help pay the medical costs of residents with certain qualifying conditions, thus helping lower the health insurance premiums of all consumers in Maine.

Gov. Paul LePage has subsequently given the green light for the establishment of the non-profit Maine Guaranteed Access Reinsurance Association.

Section 1332 Waivers, which first became available on Jan. 1, 2017, allow states to innovate with provisions of the Affordable Care Act (ACA). Maine thus becomes the sixth state to set up a reinsurance program, but other states have taken up other innovations as well, according to tabulations by the National Conference of State Legislatures (NCSL).

Before the debut of the ACA in 2014, Maine ran a similar reinsurance program, but it was shut down in favor of a federal program that ran briefly under provisions of Obamacare.

The fund will cover the insurance costs of high-risk patients with one of eight conditions. It will pay 90 percent of claims between $47,000 and $77,000 and 100 percent of claims above that threshold, up to a maximum of $1 million. For more expensive claims, the program will cover any amount not picked up by a federal program.

Funding will come from reinsurance premiums, savings from already existing federal funds, and a $4 monthly assessment on individual, group and other plans.