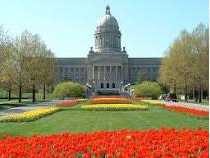 A federal judge in the state capital of Frankfort has dismissed a lawsuit by the governor of Kentucky seeking to restore the Medicaid work requirement that a Washington, D.C. judge threw out earlier this summer.

Gov. Matt Bevin had sued the same 16 individuals whose lawsuit against the newly instituted work requirement for Medicaid eligibility had resulted in the D.C. judge’s verdict, but this time, the local judge said the governor’s lawsuit failed to show what injury needed to be redressed.

“Not all disputes are capable of federal judicial review,” U.S. District Judge Gregory Van Tatenhove wrote. “Federal courts are limited in their jurisdiction, and they can only hear cases where the plaintiff can establish jurisdiction. Here, the commonwealth failed to do so.”

Kentucky was the first state to institute a requirement that the able-bodied who wish to use Medicaid must either work, volunteer civically or attend job training. Indiana followed shortly thereafter. The two states were taking advantage of a new rule by the Centers for Medicare and Medicaid Services (CMS) that allowed for such a requirement.

Judge James E. Boasberg of Federal District Court for the District of Columbia, an Obama appointee, ruled that the Trump administration’s approval of the plan had been “arbitrary and capricious” since it didn’t take into account whether the requirement would “help the state furnish medical assistance to its citizens, a central objective of Medicaid.”

Seema Verma, CMS administrator, who originally authorized the work requirement, said she would consult with the Department of Justice (DOJ) to “chart a path forward,” according to the New York Times. That was back in June.

Gov. Bevin has threatened to end the expanded Medicaid program if he can’t get the work requirement reinstated. In light of his recent legal setback, Bevin cut benefits and instituted copays, but withdrew everything under pressure.