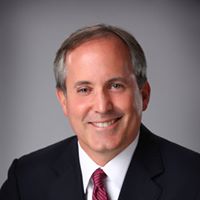 A federal judge in North Texas has handed a group of states hundreds of millions of dollars in refunds from an Affordable Care Act (ACA, or Obamacare) program known as the Health Insurance Providers Fee, which collects Medicaid taxes from the states to help fund Obamacare. A federal appeal is almost a certainty.

The 2015 lawsuit was led by Texas Attorney General Ken Paxton, who said after the ruling: “Obamacare is unconstitutional, plain and simple. We all know that the feds cannot tax the state, and we’re proud to return this illegally collected money to the people of Texas.”

Louisiana Attorney General Jeff Landry, whose state was part of the lawsuit, called the program “a money laundering scheme foiled.”

Meanwhile, Texas and Wisconsin lawyers are set to argue in another court Wednesday that Obamacare should be declared unconstitutional, according to Paxton’s office. This lawsuit is based on the argument that the individual mandate suddenly became unconstitutional after the Tax Cuts and Jobs Act of 2017 eliminated the tax penalty associated with it.

The argument further goes that, without the tax penalty associated with it, the ACA’s individual mandate that all citizens have health insurance or pay a fine is unconstitutional because the Supreme Court let the mandate stand solely since it was a tax and not a constitutional commerce clause prerogative.

The associated argument is that the ACA has no severability clause, meaning that if one element is declared unconstitutional, the whole law is also unconstitutional since elements cannot be separated under the law’s own language.