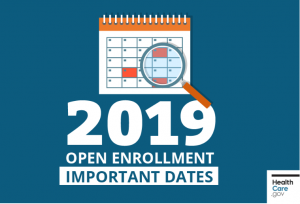 U.S. District Judge Reed O’Connor will hear arguments in Texas beginning today in a case brought by 20 “red” states over the constitutionality of the Affordable Care Act (ACA, or Obamacare), whose result could have far-reaching consequences in the upcoming national elections and beyond.

Even as Obamacare open enrollment draws near on Nov. 1, a federal judge in Texas is weighing the law’s very constitutionality

Texas Attorney General Ken Paxton, who last week won another ACA case in Texas, is leading the charge, contending the ACA is no longer constitutional after the “tax” associated with the law’s individual mandate was stripped away by the Tax Cuts and Jobs Act (TCJA) of 2017. Without that tax, Paxton and the other attorneys general argue, the 5-4 vote by the Supreme Court upholding the ACA — based on the mandate’s being a tax — is no longer valid.

First order of business in the Fort Worth courtroom today will be Paxton’s argument that the ACA should be temporarily put on hold while the issue is litigated.

Setting aside the ACA while the case proceeds “would throw the entire [health] system into chaos,” Becerra said last week. That’s because the ACA made major changes not just to the insurance market for individuals, but also to Medicare, Medicaid and the employer insurance market.

Most interestingly, the Department of Justice (DOJ) withdrew from the case in May but filed a brief arguing that only the individual mandate and the provision barring discrimination based on pre-existing conditions are unconstitutional — and that the rest of the law should stand.

“From the outset, Obamacare’s individual mandate caused countless Americans to purchase insurance they don’t need or enroll in programs that put a tremendous financial burden on Texas and other states,” Paxton has said. “The sooner Obamacare is enjoined, the better, so that states and individuals can prepare to operate freely again without the stranglehold of a failed Obama-era social experiment.”

“The lawsuit initiated by Texas is dangerous and reckless and would destroy the ACA as we know it. It would leave millions of Americans without access to affordable, quality healthcare. It is irresponsible and puts politics ahead of working families,” said Attorney General Becerra.“We won’t sit back as Texas and others try yet again to dismantle our healthcare system. Our coalition of states and partners across the country will fight any effort to strip families of their health insurance.”