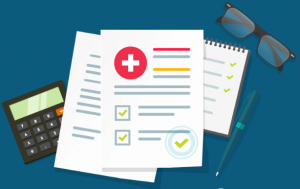 An analysis by the Health Care Cost Institute (HCCI) of nationwide health care spending for enrollees in employer-sponsored insurance plans shows that expenditures rose 44 percent from 2007 to 2016, putting health care on track for a 20-percent slice of Gross Domestic Product (GDP) within 10 years.

Spending averaged a 4.1-percent annual growth rate during the period, increasing from $3,752 per person in 2007 to $5,394 per person in 2016, according to the report released yesterday and published in Health Affairs. Out-of-pocket expenses also shot up.

About 40 million Americans get their health insurance through work, representing 30 percent of all health care consumers.

“The past decade has been a transformational time in the U.S. health care market with policy changes and innovation disrupting practice models and standards of care,” Niall Brennan, HCCI’s CEO and one of the study’s co-authors, said in a statement. “However, what is remarkable is that even within these dramatic changes, the share of spending across service areas has remained fairly consistent.”

A separate study by Mercer, a human resources consulting group, found that the annual increase in per-employee health care costs was halved — from an average of 6 percent to 3 percent — following the advent of the Affordable Care Act (ACA): “While a number of factors contributed to the cost slowdown, it’s notable that it began about the time that employers began taking steps to reduce their risk of triggering the ACA’s excise tax on high-cost plans. Cost-shifting and consumerism have definitely been part of the story of the lower cost trend.”

Mercer predicts that health care benefit costs will rise 4.1 percent for employers in 2019.