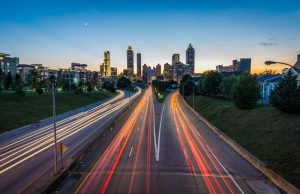 Boom times equate to what the Bureau of Labor Statistics (BLS) calls “the quits rate” in an accelerated way. Roughly 3.5 million Americans quit their jobs every month in search of better pay and/or better commute times, the highest level since 2001.

Nearly one-quarter of those who have quit their job cite bad commutes as the reason.

According to the Job Openings and Labor Turnover Survey (JOLTS) issued by BLS, 2.4 percent of the workforce quit in September and 2.3 percent quit in October. The job openings rate in October stood at 4.5 percent, or 7.1 million.

In addition to the hunt for a better compensation package, a compelling reason for the high quits rate is a bad commute, time-wise. A survey by human resources consulting firm Robert Half, found that 23 percent of workers have quit a job because of a bad commute. Chicago, Miami, New York and San Francisco have the most professionals who have quit because of their commutes.

“Commutes can have a major impact on morale and, ultimately, an employee’s decision to stay with or leave a job,” said Paul McDonald, senior executive director for Robert Half. “In today’s candidate-driven market, skilled workers can have multiple offers on the table. Professionals may not need to put up with a lengthy or stressful trip to the office if there are better options available.”

According to U.S. Census statistics, the average commute time in 1990 was less than 22 minutes. Today, it has risen to more than 26 minutes. This means that workers are spending 34.6 hours more annually commuting today than in the 1990s.

Ghosting Rather Than Resigning

In an interesting twist on the numbers of workers leaving their jobs for greener pastures, the Federal Reserve Bank of Chicago is reporting that some exiting employers simply disappear rather than offering formal resignations.

“A number of contacts said that they had been ‘ghosted,’ a situation in which a worker stops coming to work without notice and then is impossible to contact,” the Federal Reserve Bank of Chicago noted in December’s Beige Book, which tracks employment trends.