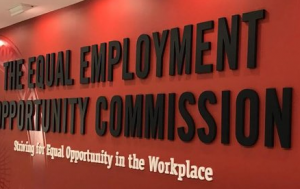 The Equal Employment Opportunity Commission (EEOC) has rescinded its workplace wellness regulation following a judge’s order to revise and rewrite the rule. The effective end date is Jan. 1, 2019, when it would have expired anyway under court order.

The regulation over employer-sponsored wellness programs was tossed by a judge in 2017, who gave the agency until the start of 2019 to revisit the regulation. Specifically, in a lawsuit brought by AARP, the judge ruled that the participation incentive — 30 percent of a volunteer employee’s health insurance premium — was too high for a “voluntary” program.

Unable to make the 2019 start date, the EEOC now hopes to have a new regulation that will take effect in 2021. It predicts it will have a Notice of Proposed Rulemaking (NPRM) available in June 2019, to be finalized in October of the same year. The target dates, however, have already been pushed back. The NPRM was to have been originally issued in August 2018.

In 2017, Judge John D. Bates of the U.S. District Court for the District of Columbia wrote:

This case deals with the incentives — financial or otherwise — that may be offered to employees in connection with employer-sponsored wellness programs, which have become popular in many work places in the last several years as a means of promoting employee health and reducing healthcare costs. The central issue here results from the tension that exists between the laudable goals behind such wellness programs, and the equally important interests promoted by the Americans with Disabilities Act (ADA) and the Genetic Information Nondiscrimination Act (GINA). EEOC is tasked with reconciling these competing concerns, and this case arises out of its most recent attempt to do so.

Further complicating the picture, Sen. Mike Lee (R.-Utah) has put a hold on the nomination of Chai Feldblum to the EEOC, meaning the agency could lack a quorum when it convenes next year.