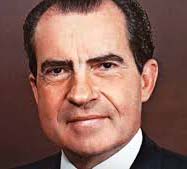 Unlike his predecessor, Lyndon Johnson, Nixon favored a research and advisory agency to look into workplace safety. House and Senate Democrats, however, introduced LBJ-like legislation that would create an enforcement agency, OSHA. Republicans pushed back with legislation for a research/advisory agency, NIOSH.

Not content just with creating an enforcement arm, however, House Democrats pushed for, and won, the inclusion of a “general duty clause” in the Occupational Safety and Health Act. That clause gave OSHA wide latitude both in interpreting workplace safety rules but also in enforcing them as well.

In essence, the Democrats allowed Republicans to create their advisory agency in exchange for inclusion of the general duty clause in legislation for their baby, OSHA.