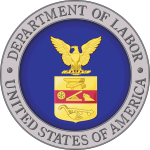 The Department of Labor (DOL) today announced a Notice of Proposed Rulemaking (NPRM) that would make more than a million more American workers eligible for overtime, according to its estimates.

Under currently enforced law, employees with a salary at or below $455 per week ($23,660 annually) must be paid overtime if they work more than 40 hours per week.  Workers making this salary level or below generally would be eligible for overtime based on their job duties, another consideration. This salary level was set in 2004.

Today’s proposal would update the salary threshold using current wage data, projected to Jan. 1, 2020. The result would boost the standard salary level from $455 to $679 per week (equivalent to $35,308 per year). The DOL estimates the new rule will cost employers an additional $440 million annually once it takes effect.

The proposal will be published in the Federal Register the week of March 11, opening a 60-day window for public commentary. The final rule is expected to take effect prior to the 2020 election cycle.

The threshold for Highly Compensated Employees (HCE), who otherwise do not fall under any of the exempt categories (executive, administrative, professional, technical and outside sales —  lumped together under “the duties test”) will rise under the proposal from $100,000 a year to $147,414.

The proposal does not call for automatic adjustments to the salary threshold but posits a new salary level review every four years.

In developing the proposal, the DOL received extensive public input from six in-person listening sessions held around the nation and more than 200,000 comments as part of a 2017 Request for Information (RFI).

A 2016 final rule to change the overtime thresholds was enjoined by the U.S. District Court for the Eastern District of Texas on Nov. 22, 2016. As of Nov. 6, 2017, the U.S. Court of Appeals for the 5th Circuit has held an appeal in abeyance pending further rulemaking regarding a revised salary threshold.  After the 2016 final rule was enjoined, the department has  consistently enforced the 2004 level throughout the past 15 years.

According to the NPRM:

In this rulemaking, the Department proposes to rescind formally the 2016 rule and propose a new rule that updates the minimum weekly standard salary level to reflect growth in wages and salaries, and allow the inclusion of certain nondiscretionary bonuses and incentive payments to count towards up to 10 percent of the standard salary level. The Department also proposes to update the total annual compensation requirement for the ‘highly compensated employee’ test, and to revise the special salary levels for employees in the motion picture industry and certain U.S. territories. Finally, this proposal discusses the Department’s intention to propose updates to the earnings thresholds every four years. This would provide clarity and help workers and employers by having a regular and orderly process for future changes.