After Four Months, EEOC Has a Quorum 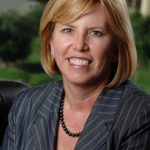 Janet Dhillon was approved today by the U.S. Senate on a 50-43 party-line vote to assume the role of chairperson for the Equal Employment Opportunity Commission (EEOC). The current acting chair, Victoria Lipnic, will remain as a commission member.

Dhillon’s approval brings the total number of commissioners to three — out of five possible — so that the EEOC can once again issue rulings and regulations.

The tenure of Commissioner Charlotte Burrows, a Democrat, will end on July 1, however, leaving just two members once again.

Dhillon’s nomination was held up for nearly two years due to fears that she’d change the EEOC’s position on lesbian, gay, bisexual and transgender (LGBT) rights. The commission’s current view is that LGBT rights are protected under the definition of “sex” in Title VII of the Civil Rights Act of 1964.

Another potential bone of contention is her view on EEO-1 pay data collection, though a judge has recently ordered the agency to proceed with the collection process.

Dhillon brings a corporate legal background to the job, having served as general counsel for J.C. Penney, US Airways, and most recently Burlington Industries.