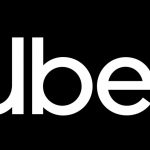 The National Labor Relations Board (NLRB), in three cases involving ride-share drivers, has issued an “Advice Memorandum” concluding that the Uber drivers who filed the charges were “independent contractors,” not employees. Therefore, the regions where the charges were filed should “dismiss the charges, absent withdrawal.”

The memo, written in April but released yesterday, lists ten criteria for determining independent contractor status, based upon a previous decision known as SuperShuttle.

Among the criteria are issues involving how much control “the master” (company in charge) has over the workers and whether “the employer or the workman supplies the instrumentalities, tools, and the place of work for the person doing the work.”

The drivers had significant entrepreneurial opportunity by virtue of their near complete control of their cars and work schedules, together with freedom to choose log-in locations and to work for competitors of Uber. On any given day, at any free moment, drivers could decide how best to serve their economic objectives: by fulfilling ride requests through the App, working for a competing ride-share service, or pursuing a different venture altogether.

The memo released by the Trump labor board comes one day after a nationwide ride share driver strike during which thousands of Uber and Lyft drivers logged off their apps to demand better pay and working conditions.