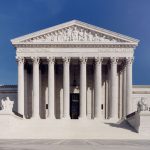 The Supreme Court this month resolved a split among the circuit courts regarding Title VII lawsuits and discrimination filings with the Equal Employment Opportunity Commission (EEOC).

Title VII of the Civil Rights Act of 1964, which prohibits discrimination in employment on the basis of race, color, religion, sex and national origin, provides that an employee must file a charge of discrimination with the EEOC within 180 days of the alleged unlawful employment practice. The agency will then, within another 180 days, issue the complainant a “right-to-sue” notice.

The circuit court split regarded whether these EEOC filings were “jurisdictional” — meaning the lawsuit could proceed only in accordance with the filing — or were just a “claim-processing rule.” If the former, then employers being sued could have a lawsuit thrown out at any time if the charges were not clearly spelled out in the EEOC filing. If the latter, employers being sued could use the filing as an affirmative defense, but such a defense could be waived if not promptly asserted in court.

The case under review by the court was Ft. Bend County, Texas v. Davis. In this case, the defendant had sued her employer for religious discrimination (among other charges) but had failed to include that charge in her EEOC filing. The defendant employer objected that the court lacked jurisdiction to try on religious discrimination grounds because of the incomplete EEOC filing.

The district court agreed and dismissed the lawsuit. The 5th U.S. Circuit Court of Appeals then reversed. Early this month, the Supreme Court sided unanimously with the circuit court. Seven other circuit courts had previously ruled with the 5th. Only the 4th, 9th and 11th Circuits held to the “jurisdictional” interpretation.