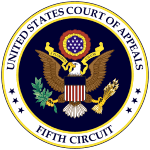 The 5th Circuit Court of Appeals is set to hear arguments on appeal of a district judge’s ruling that the Affordable Care Act (ACA, or Obamacare) is unconstitutional, but it is now questioning whether anyone has the standing to argue against the ruling.

The Trump administration’s Department of Justice (DOJ) has already agreed in toto with Judge Reed O’Connor’s ruling, so the appeals court is asking what to do “if the federal defendants’ change in position [to agree entirely with the judge’s ruling] has mooted the controversy and no other defendant has standing to appeal.”

No other defendant refers to the Democrats in the House of Representatives and Blue State attorneys general, both of whom are set to argue in favor of the ACA and have already filed briefs for the July 9th hearing. They now have seven days from yesterday to file additional briefs justifying their standing to even appear in court.

University of Michigan law professor Nicholas Bagley, writing about the development on Twitter, concludes: “If neither the blue states nor the House has standing, it would mean that no one has standing to appeal the decision. That would effectively leave the lower court decision unappealable.”

Which would mean Judge O’Connor’s ruling would stick as is.