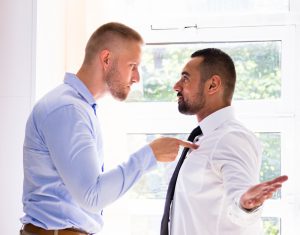 The National Labor Relations Board (NLRB) on Thursday asked for feedback on exactly when workers’ offensive outbursts become egregious enough to lose the protection of federal labor law, signaling a likely shift from the Obama administration’s expansive view on employees’ rights to express themselves.

NLRB wants to determine when protected activities go too far.

The request is in reference to a case under the Obama administration. In that case, an administrative law judge (ALJ) and the NLRB ruled that a striking worker was protected under the National Labor Relations Act (NLRA) when he hurled racist slurs at black replacement workers at Cooper Tire.

He shouted at them to ask if they had brought “enough KFC for everybody,” and said he smelled “fried chicken and watermelon.” Cooper Tire fired the employee for his taunt, but the ALJ and NLRB later ordered him restored to work status because his activity was protected.

Section 7 of the NLRA has a provision for “protected, concerted activity,” which affords protections for activities related to collective, work-related issues, such as picketing. The Trump NLRB is now revisiting how broad should those protections be.

The NLRB website has a page on “Protected Concerted Activity,” which states:

The law we enforce gives employees the right to act together to try to improve their pay and working conditions, with or without a union. If employees are fired, suspended, or otherwise penalized for taking part in protected group activity, the National Labor Relations Board will fight to restore what was unlawfully taken away. These rights were written into the original 1935 National Labor Relations Act and have been upheld in numerous decisions by appellate courts and by the U.S. Supreme Court.