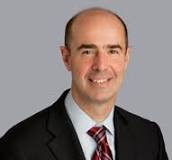 UPDATE: Eugene Scalia was sworn in as Labor Secretary on Monday, Sept. 30, 2019.

Much to the chagrin of the opposition party, Republicans in the Senate today approved the nomination of Eugene Scalia, son of the late Supreme Court conservative icon Antonin Scalia, to become Department of Labor (DOL) Secretary.

Scalia, who has often allied himself with the U.S. Chamber of Commerce as a labor lawyer, was instrumental in killing the Obama-era fiduciary rule, which is now being revived by both the DOL and the Securities and Exchange Commission (SEC), whose “best interest” rule became effective this week.

Scalia, during the George W. Bush administration, served as the third-highest ranking official in the department as solicitor.

“[O]nce at the department, I had new clients, new responsibilities and, above all, I had a public trust,” he said in his confirmation hearing, referring to his work at the agency as solicitor. “I am proud of the actions I took before as a solicitor to further the department’s mission.”

Scalia replaces Alexander Acosta, who was forced to resign over his earlier treatment of accused sex predator Jeffrey Epstein while serving as a federal attorney in Florida.

Scalia, 55 and married with seven children, is a partner at the law firm Gibson, Dunn & Crutcher and is a member and former co-chairman of its labor and employment practice group.