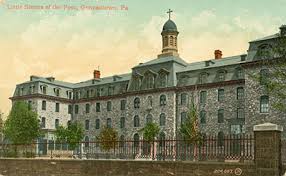 UPDATE: On Oct. 22, the 9th U.S. Circuit Court of Appeals ruled against the Little Sisters of the Poor, refusing to grant them an exemption.

The Little Sisters of the Poor have once again filed a petition before the Supreme Court to restore their exemption from the contraceptive mandate of the Affordable Care Act (ACA).

Little Sisters of the Poor Philadelphia

The Catholic religious group first filed suit against the ACA in 2013 to seek exemption from having to pay for or provide contraceptive services for their employees, which runs counter to the Catholic faith. The Supreme Court eventually exempted the ministry in 2016.

Then things got complicated. President Trump issued an executive order in 2018 ordering the Department of Health and Human Services (HHS) to issue a rule exempting religious groups from the mandate.

When HHS did issue such a rule, several states filed suit to overturn it. Pennsylvania and New Jersey ultimately obtained a nationwide injunction, which was affirmed by the 3rd U.S. Circuit Court of Appeals.

“It is time for the Supreme Court to finally put this issue to rest,” said Mark Rienzi, president of Becket, a nonprofit religious liberty law firm that represents the sisters.

“These states have not been able to identify a single person who would lose contraceptive coverage under the new HHS rule, but they won’t rest until Catholic nuns are forced to pay for contraceptives.”