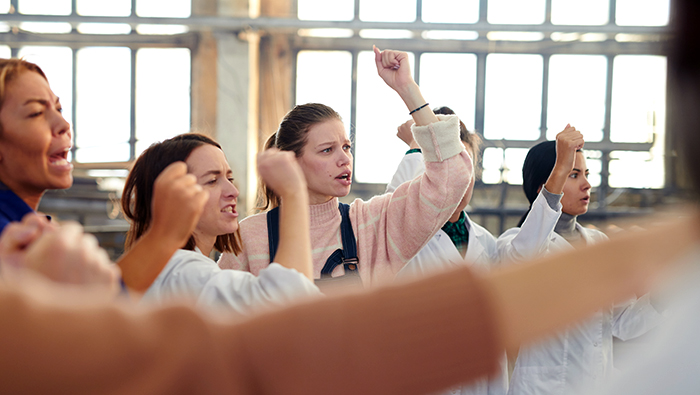 On April 26th, 2021, the White House issued a press release detailing the Worker Organizing and Empowerment task force. The release describes the task force as a “whole-of-government” approach to empowering workers to organize and bargain with their employers. Accordingly, the task force will include at least twenty cabinet members and heads of federal agencies. Vice President Kamala Harris is chairing the committee, and newly appointed Secretary of Labor Marty Walsh is the vice-chair. The announcement is not the only order from the White House as of late. Recently, President Joseph R. Biden issued an Executive Order raising the federal contractor minimum wage to $15 an hour.

Overview of the Task Force

Accordingly, the White House assigned the Worker Organizing and Empowerment task force with specific duties and responsibilities. For example, within 180 days (by October 23rd, 2021), the group must specifically issue two recommendations to the White House. Firstly, it must identify which existing policies, programs, and practices to use when promoting worker organizing and collective bargaining. This organizing and bargaining would be within the federal government. Secondly, the Task Force must make recommendations for new policies or regulatory/statutory changes to achieve four specific goals. The group’s four goals are:

In conclusion, creating the Worker Organizing and Empowerment task force reinforces the Biden administration’s commitment to workers’ rights. Although the primary mandate focuses on federal government organizing and bargaining, these policies could have implications for private employers. Employers should pay attention to any recommendations released by the task force in the months to come. If applicable, those updates may affect their business in the future.