Court Rules Temporary Conditions Can be Disabilities Under the ADA 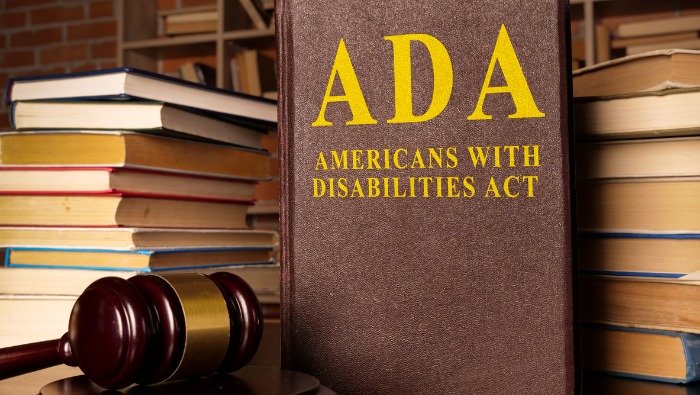 Recently, the United States Court of Appeals for the Ninth Circuit (the Ninth Circuit) made a decision regarding the Americans with Disabilities Act (ADA), ruling that temporary medical conditions can be considered disabilities under the ADA. The Ninth Circuit’s decision follows recent rulings in similar cases out of other federal appellate courts. In each previous case, the court found that transitory conditions may trigger ADA protections. Earlier, the U.S. Department of Justice addressed how the ADA covers people undergoing treatment for opioid addiction.

Qualifying Disabilities Under the ADA

Qualified employees or candidates with disabilities under the ADA must have an impairment that is:

Under the ADA Amendments Act of 2008 , which amended the original ADA, the U.S. Equal Employment Opportunity Commission (EEOC) may issue rules consistent with the amended legislation. Pursuant to that authority, the EEOC added a subsection to the ADA that further defined the phrase “substantially limits.” The subsection states that “the effects of an impairment lasting or expected to last fewer than six months can be substantially limiting.” 29 C.F.R. § 1630.2(j)(1)(ix). This clarifies that transitory impairments may qualify as disabilities under the ADA. Effectively, requests for reasonable accommodation based on temporary conditions would need to be duly considered.

The plaintiff, Karen Shields, had limited use of her right arm following bone biopsy surgery. Subsequently, Shields pleaded that she could not perform certain qualifying major life activities. These included caring for herself, performing manual tasks, lifting, and working. Importantly, her limitations allegedly precluded her from performing the essential functions of her job. Shields alleged that her former employer, Credit One Bank, violated the ADA by failing to reasonably accommodate her disability. The employer had given Shields a leave of absence. However, the employer terminated her from her human resources job when she was not yet able to return after two months. The employer, however, filed a motion to dismiss the lawsuit. They argued that the ADA did not apply in this case, alleging that Shields’ limitations were transitory. Therefore, Shields’ impairment would not qualify her for the same protections as would other disabilities under the ADA.

Outcome and the Court’s Decision

Initially, the United States District Court for the District of Nevada concluded that Shields failed to show a legitimate disability because she did not adequately allege she had a physical or mental impairment that substantially limited one or more life activities. In addition, the district court held that a disability claim must show long-term effects, granting the employer’s motion to dismiss.

In Shields vs. Credit One Bank N.A., the Ninth Circuit held that the district court’s judgment was made in error. Effectively, the district court had relied on outdated regulation regarding the qualification of disabilities under the ADA. These regulations were not updated to reflect 2008 ADA amendments. The Ninth Circuit, which presides over Alaska, Arizona, California, Guam, Hawaii, Idaho, Montana, Nevada, Oregon, Washington, and the Northern Mariana Islands, instead, upheld Shields’ disability claim under the ADA, allowing the lawsuit to proceed.