Seven Protected Classes Most Likely to File a Discrimination Lawsuit 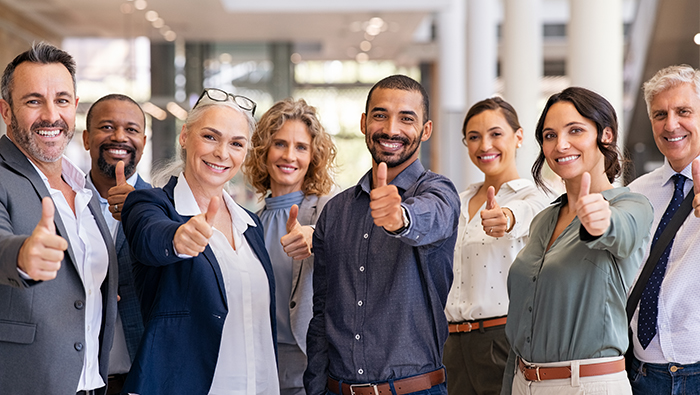 What Is Employment Discrimination Against Protected Classes?

Generally, employment discrimination is when an employer treats or allows others to treat the employee or job applicant less favorably based on one or more of the top seven protected classes under federal law or any state and local regulations. Employment discrimination can occur against either an individual or an entire group. Under federal, state, and local laws, individuals have a right to work in an environment free of discrimination. Therefore, employers may not deny them employment, harass, demote, or terminate them, pay them less, pass them over for promotions, deny them training, withhold their fringe benefits, or treated them less favorably based on a protected characteristic. Employers may also not create neutral job policies that disproportionately exclude protected classes if they are not job-related. Finally, employers may not segregate or otherwise limit individuals to deprive them of opportunities because of these protected characteristics.

What Are the Top Seven Protected Classes?

In the end, the law does not necessarily protect against simple teasing, offhand comments, or isolated incidents. Rather harassment must involve frequent or severe actions that create a hostile work environment. Harassment also applies when it results in an adverse employment decision, like a firing or demotion.

Religious discrimination involves treating an employee or applicant unfavorably because of their religious beliefs. The law applies not only to traditional organized religions, like Christianity, Buddhism, and Islam, but to any other sincerely-held religious, ethical, or moral belief, as well. Successful religion-based charges filed with the EEOC result in monetary settlements of several millions of dollars a year. Like race or color discrimination, religious discrimination can also involve treating an individual differently because they are married to or associate with someone of a particular religion. Once again, harassment must be frequent or severe enough to create a hostile environment. Religious discrimination and harassment may include:

Barring undue hardship on a business, an employer must reasonably accommodate an individual’s religious beliefs or practices. In brief, this entails making reasonable changes in the workplace to eliminate a barrier that prevents a covered individual from performing a job or receiving job-related benefits. Examples of a religious accommodation may include:

Additionally, an employer may not force an employee to participate in any particular religious activity as a condition of employment.

Sex discrimination occurs when someone in the workplace treats an employee or applicant unfavorably because of their sex. In fact, the definition goes further to include a person’s sexual orientation, gender identity, or pregnancy-related condition. Harassment on the basis of sex is illegal. In some instances, harassment can involve “sexual harassment.” This includes unwelcome sexual advances or requests for sexual favors. However, the harassment does not always have to be sexual in nature. It can include other offensive remarks about a person’s sex.

Likewise, sex discrimination can apply when someone treats the individual differently because of their association with someone or a group associated with that particular sex. Finally, a job policy or practice that applies to everyone can be illegal if it negatively impacts people of a certain sex and is not job-related. In addition to these requirements:

In Bostock v. Clayton County, Georgia, No. 17-1618, the U.S. Supreme Court ruled that, under Title VII, employers may not fire individuals based on the protected classes, sexual orientation, or transgender status. Furthermore, Title VII forbids SOGI discrimination and harassment in all aspects of employment. To illustrate the need for employers to further examine their own SOGI anti-discrimination policies, LGBTQ+ sex discrimination charges filed with the EEOC have steadily increased every year since 2013.

Additionally, the PDA amended Title VII and prohibits employment discrimination and harassment based on pregnancy. Under the PDA, employees temporarily disabled related to pregnancy may take disability leave if the employer normally allows it in other situations. Finally, federal wage and hour law protects nursing mothers’ rights to break time for the purpose of expressing milk in the workplace.

Under the Immigration Reform and Control Act of 1986 (IRCA), it is illegal for an employer to discriminate with respect to a person’s citizenship or immigration status. Unless required to by law, employers may not hire only U.S. citizens or lawful permanent residents. In addition, employers may not refuse lawful documentation or demand additional documentation beyond that which is legally required to verify employment eligibility. Lawful documentation includes documents allowed under the Department of Homeland Security’s (DHS’s) Form I-9.

Age discrimination involves treating an individual unfavorably because of their age. Under the Age Discrimination in Employment Act (ADEA), employers may not discriminate against people who are age 40 or older. However, some state laws protect against discrimination of younger individuals. EEOC statistics indicate that employees age 40 and over make up over 50% of the non-federal civilian labor force. Harassment as a part of age discrimination can include offensive or derogatory remarks about someone’s age. Furthermore, an employment policy or practice that applies to all should not negatively impact those over age 40. The exception to this is if the policy relies on a reasonable factor other than age (RFOA). An employment practice is considered to be based on an RFOA if it was reasonably designed and administered to achieve a legitimate business purpose. Specifically, the factor may be reasonable based on:

Disability discrimination occurs when an employer covered by the Americans with Disabilities Act (ADA), or applicable state and local laws, treats a qualified person with a disability unfavorably because of their disability. Furthermore, the law protects those who are perceived to have a disability or are related to a disabled person. According to the U.S. Centers for Disease Control (CDC), 1 in 4 Americans lives with a condition or impairment classified as a disability. Under the ADA, individuals within this protected class must have an impairment that is:

Covered individuals may show they have a disability in one of three ways:

Barring undue hardship on a business, an employer must reasonably accommodate an individual with a disability. In brief, this entails making reasonable changes in the workplace to eliminate a barrier that prevents a covered individual from applying for a job, performing job duties, or receiving job-related benefits and privileges. Examples of a disability-based reasonable accommodation may include:

Finally, federal law limits what employers may ask about an applicant’s disability during the application and hiring processes.

Title VII, however, provides an exception to its prohibition of employment discrimination based on the protected classes of sex, religion, and national origin. That exception is known as Bona Fide Occupational Qualifications (BFOQ). BFOQ allows that, in some extremely rare instances, an individual’s sex, religion, or national origin may be reasonably necessary to carry out a particular job function in an employer’s normal operation of a business or enterprise. Notably, race is not one of the protected classes included in this exception. Therefore, employers cannot consider race a BFOQ. BFOQ exceptions are evaluated on a case-by-case basis. In each case, the following elements must be present:

Remember employers may, indeed, be vicariously liable under the law if their supervisors participate in discrimination or harassment.

NOTE: The details in this blog are provided for informational purposes only. All answers are general in nature and do not constitute legal advice. If legal advice or other expert assistance is required, the services of a competent professional should be sought. The author specifically disclaims any and all liability arising directly or indirectly from the reliance on or use of this blog.