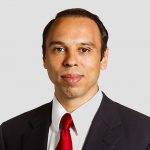 The Affordable Care Act (ACA, or Obamacare) contains language prohibiting discrimination in health care based on sex, which was expanded under a 2016 rule by the Obama-era Department of Health and Human Services (HHS) to include gender identity. Now the Trump HHS has proposed reversing that rule and confining ACA anti-discrimination protections to only the physical definition of sex.

The proposed rule was issued by the HHS Office for Civil Rights (OCR) this past Friday and now must undergo a 60-day public commentary period.

When the rule was announced, a reporter asked OCR Director Roger Severino what was changing, and he answered: “We’re going back to the plain meaning of those terms, which is based on biological sex.”

The Obama rule, however, had already been curtailed by a federal judge in Texas and was never allowed to take effect.

The rule is similar to actions taken by the Trump Department of Justice (DOJ) when, early on, it issued a document confining the the protections of Title VII of the Civil Rights Act of 1964 to the physical definition of sex, a stance at odds with the more expansive view of the Equal Employment Opportunity Commission (EEOC).