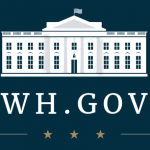 A coalition of five cities has sued President Trump and officials at the Department of Health and Human Services (HHS) for deliberately “sabotaging” the Affordable Care Act (ACA, or Obamacare).

The suit hinges on a clause in the Constitution and on the judicial review powers set forth in the Administrative Procedure Act (APA).

The clause in question is known as the “take care” clause, which requires the president to “take Care that the Laws be faithfully executed.” The APA, on the other hand, allows courts to throw out government regulations deemed “arbitrary and capricious.”

Administrative lawyers argue that the Constitution gives the president wide latitude to make policy decisions affecting laws and their enforcement.

One other case relying on the “take care” clause resulted in a 4-4 tie upon Supreme Court review. That case involved President Obama and his decision to delay the deportation of millions of undocumented immigrants. (The case was heard when the court had just eight sitting justices after the death of Antonin Scalia.)

The lawsuit cites tweets by President Trump to show his intent to sabotage the ACA, to wit:

In July 2017, he tweeted that he wanted to “let Obamacare fail,” and in October of the same year he tweeted that “since Congress can’t get its act together on HealthCare, I will be using the power of the pen.”