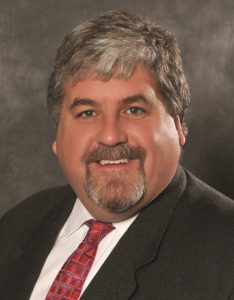 Confirmed and sworn in just a week ago as the number two executive at the Department of Health and Human Services (HHS), Eric Hargan, has now been named the department’s acting secretary, taking over for Don Wright.

Wright had previously been named acting secretary by President Trump following the Sept. 29 resignation of Tom Price, whose exit was spurred by reports of his running up a tab of $1 million in using charter airlines and military aircraft as his primary mode of air transportation.

In a statement, Wright praised Hargan and noted that he “brings a wealth of knowledge, expertise, and leadership experience to HHS. His commitment to public service and vast experience in the healthcare field will help guide the department as we advance President Trump’s agenda on behalf of the American people.”

Hargan was most recently an attorney with Greenberg Traurig’s Chicago office, but he served as deputy secretary for HHS from 2003 to 2007 under the George W. Bush administration. He also served on President Trump’s HHS transition team and was confirmed with the support of seven Democrats, one independent and all Republicans.

Those seven Democrats did not include Ron Wyden of Oregon, who said, “I have no reason to believe Mr. Hargan will deviate from Tom Price’s ideological agenda that includes constant sabotage of the Affordable Care Act,” according to a report by The Hill.

Hargan himself, while demurring to questions about the ACA, told the Senate Finance Committee: “The challenges are so great, whether in public health, in healthcare finance, in facilitating innovation in healthcare and in the administration of human services, that I cannot imagine not wanting to participate,  and to lend to the government both my past experience at HHS, as well
as the fruit of my years of work in the healthcare sector since then, to help as much as I can.”

Speculation on whom the president may nominate as Price’s full-time successor include Seema Verna, administrator of the Centers for Medicare and Medicaid Services (CMS), and Scott Gottlieb, Food and Drug Administration (FDA) commissioner.