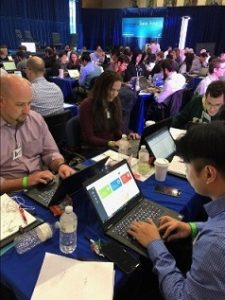 Part of the proposal would “require states to monitor high-risk billing activity to identify and remediate abnormal prescribing and utilization patterns that may indicate abuse in the Medicaid system,” HHS Secretary Alex Azar told members of Congress this past week

After adopting a PDMP, Florida saw a 52 percent drop in deaths from oxycodone overdoses, and Kentucky experienced similar results. Encouraged by these results, Virginia and Missouri have already set in motion their own PDMPs.

According to the Centers for Disease Control (CDC):

Prescription drug monitoring programs (PDMPs) continue to be among the most promising state-level interventions to improve opioid prescribing, inform clinical practice, and protect patients at risk. Although findings are mixed, evaluations of PDMPs have illustrated changes in prescribing behaviors, use of multiple providers by patients, and decreased substance abuse treatment admissions. States have implemented a range of ways to make PDMPs easier to use and access, and these changes have significant potential for ensuring that the utility and promise of PDMPs are realized.

In another effort to fight opioid abuse, HHS in December held an Opioid Code-A-Thon, which sought applications to mine relevant data.

“We looked at CDC data and we found that, for the most part, individuals that abuse opioids are not obtaining them from drug dealers. The majority are obtaining them from their families. Over 70 percent of individuals that abuse opioids obtain them or borrow them or steal them from their families,” said Taylor Corbett, the spokesperson at the team presentations for the winning company, Visionist.