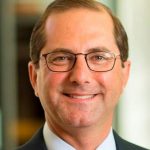 The Department of Health and Human Services (HHS) has proposed a rule that implements President Trump’s Executive Order No. 13831 (May 3, 2018), removes regulatory burdens on religious organizations, and ensures that religious and non-religious organizations are treated equally in HHS-supported programs.  The proposed rule ensures that HHS-supported social service programs are implemented in a manner consistent with the Constitution and other applicable federal law.

“President Trump’s administration is taking historic action to protect religious social service providers from discrimination in federal regulations,” said HHS Secretary Alex Azar. “Americans of faith play an essential role in providing healthcare and human services to so many vulnerable people and communities, and President Trump is dedicated to removing every unfair barrier that stands in the way of this important work. Americans from every walk of life deserve to be treated with dignity and respect. Our Constitution and civil rights laws ensure equal treatment and today’s action makes clear that the federal government cannot discriminate against people and institutions based on how they live out the dictates of their faith.”

The proposed rule incorporates the Attorney General’s 2017 Memorandum for All Executive Departments and Agencies, Federal Law Protections for Religious Liberty.  That memorandum was issued pursuant to President Trump’s Executive Order No. 13798 (May 4, 2017), and it guides all federal administrative agencies and executive departments in complying with federal law.