Iowa Drops Its Obamacare Waiver Request — Only One Insurer Remains 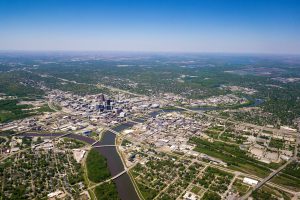 With Obamacare open enrollment only days away, Iowa was hoping to get a waiver from the Obama administration to set up its own subsidy program for health insurance, as premiums on the Affordable Care Act (ACA) marketplace are set to soar 50 percent in the state for 2018. Yesterday the state officially gave up and dropped its waiver request in the face of inflexibility in the ACA.

“Obamacare is unaffordable, unsustainable and unworkable,” said Iowa Gov. Kim Reynolds at a news conference at the state Capitol announcing the decision. “Obamacare has driven out consumer choice and competition.”

“Obamacare is an unworkable law,” Iowa Insurance Division (IID) Commissioner Doug Ommen said. “The Stopgap Measure was an innovative solution to help thousands of Iowans. Unfortunately, Obamacare’s waiver rules are so inflexible that the Stopgap cannot be approved under terms that would be workable for Iowa. This is evidenced by the fact that a bipartisan group of senators recently announced a bill to fix some of the inflexibilities on Obamacare’s waiver provision that Iowa has run into.”

The Stopgap would have allowed Iowa to leave the ACA exchanges entirely and let residents purchase insurance on their own, with a tax credit to help them pay for it.

The state now has just one insurer left to serve its residents — Medica — whose rates are set to explode by 57 percent. One commentator observed that the new rates will more resemble a mortgage payment than a cell phone payment, predicting that as many as 25 percent of the estimated 72,000 affected will just drop out of the market.

At one point, it was rumored that President Trump had ordered the Centers for Medicare and Medicaid Services (CMS) to reject Iowa’s waiver request, but CMS officials said they were still trying to find ways to grant it.

Several factors played into Obamacare’s troubles in Iowa: a predominantly rural population with hospitals holding them hostage cost-wise; the decision of the state’s dominant insurer — Wellmark Blue Cross Blue Shield — not to participate; the bolting of many residents to a health care co-op that failed; and 80,000 healthy residents retaining ACA-noncompliant policies under an Obama-era regulation, leaving the elderly and sick to fend for themselves on the exchanges.