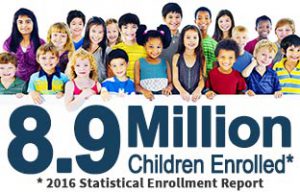 The Children’s Health Insurance Program (CHIP), a Clinton-era initiative that ran out of funds on Sept. 31, has been reauthorized by a 242-174 vote in the House of Representatives, but now faces an uncertain fate in the Senate, where some of the bill’s provisions are viewed askance.

The reason for resistance by some senators: The bill creates higher Medicare premiums for people who earn more than $500,000, takes away money from the Affordable Care Act’s (ACA) prevention and public health fund and cuts ACA exchange plan members’ grace period for paying their premiums from 90 days to 30 days.

The reauthorization can pass with just 51 votes, including a tiebreaker by Vice-President Mike Pence, but the same GOP senators who shot down “repeal and replace” could be the deciding factor in the vote. Democrats are expected to oppose the measure because of what are viewed as attacks on the ACA.

A few states and the District of Columbia are already running out of funds to continue the medical program for children, and 27 other states warn that they could be insolvent by spring if Congress doesn’t reauthorize funding. The last reauthorization vote for CHIP expired with the end of the government’s fiscal year in September.

The Healthy Kids Act would restore CHIP funding through FY 2022. The Senate already has similar legislation but maybe not enough Republican votes.

The Children’s Health Insurance Program (CHIP) provides health coverage to eligible children, through both Medicaid and separate CHIP programs. CHIP is administered by states, according to federal requirements. The program is funded jointly by states and the federal government.