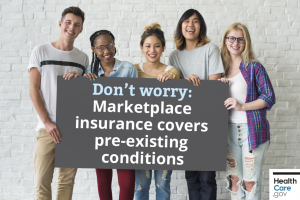 On the first day of open enrollment for Obamacare health insurance policies — Nov. 1 — some 200,000 people signed up on HealthCare.gov, double the number from 2016, according to reports in various media sources including The Hill and The Washington Post. In addition, some 1 million visited the website, up from 750,000 a year earlier.

Both numbers, according to reports, were confirmed by a government official speaking anonymously ahead of official figures to be released later. (The figures cited above do not include results from the 12 states and District of Columbia that operate their own insurance exchanges.)

This year’s open enrollment period has been cut in half, from 90 to 45 days, and will end on Dec. 15, not Jan. 31 as in prior years, perhaps igniting a sense of urgency in some. On top of that, however, the Trump administration cut the advertising and promotion budget for enrollment by $90 million and also eliminated cost-sharing reduction (CSR) payments to insurers.

For the 2017 coverage year, some 12.2 million Americans signed up for policies provided under the Affordable Care Act (ACA, or Obamacare) on the federal website, but Standard & Poor’s is predicting that this year that number will be reduced by 1.6 million.

Since assuming office, President Trump has been seeking “repeal and replace” of the whole Obamacare mechanism. Though the House of Representatives passed such a measure, the Senate fell one vote short on a simple “repeal now, replace later” effort.

Trump’s latest initiative is to get Congress to insert a provision into pending tax legislation to abolish the ACA individual mandate requiring all citizens to purchase health insurance or pay a tax penalty.

Recent reports indicate enough Congressional resistance to the idea that Trump probably won’t get his way on the individual mandate. According to CNBC, however, the president has already authored an executive order instructing the IRS not to enforce the mandate, which he will issue if Congress fails to act.

You can follow updated Obamacare enrollment stats at ACASignups.net