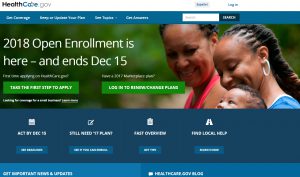 Health insurance giant Humana is cutting 1,300 positions, offering early retirement to another 1,150 employees and suing the Department of Health and Human Services (HHS) for breach of contract over the Obamacare risk corridor provision, as it exits from offering insurance under the Affordable Care Act (ACA).

Humana currently offers Obamacare policies in 156 counties in 11 states, but is dropping out totally for 2018, even though it’s been profitable overall. The company cites “further signs of an unbalanced risk pool” on the Obamacare exchanges as the reason for its departure.

The company’s lawsuit concerns a provision in the ACA that promised to pool profits for all insurers, taking from the rich, so to speak, and giving to the poor to balance the playing field. However, when the ACA went live in 2014, HHS announced that the risk corridor provision would have to be “revenue neutral,” meaning the department would not use its own funds to run the program, just profits from successful insurers.

As a result, when too few insurers made money from their ACA participation, risk corridor payments amounted to just 12.6 percent of what all participating companies requested. The lawsuit seeks recompense for the remaining 87.4 percent of funds requested for 2014, which amounted to $2.8 billion.

Other insurance companies have sued over the risk corridor provision. Two had their cases tossed by federal judges, and two have won initially favorable rulings, but these cases are still ongoing.

Humana is also selling its long-term care insurance business, KMG America Corporation, at a $400 million loss. It bought KMG for $187.7 million in 2007. The company also announced that second quarter 2017 income had climbed to $650 million.

The Obamacare insurance exchanges are operating under open enrollment through Dec. 15, with initial results showing a surge in enrollment.