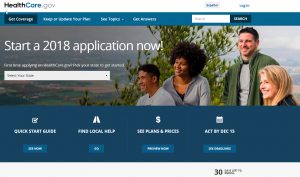 Eyeing to save $300 billion over 10 years to help finance individual tax cuts, Senate Republicans on Tuesday (Nov. 14) added repeal of the Affordable Care Act (ACA, or Obamacare) individual mandate to its tax legislation. The move also allows tax writers to up the child tax credit to $2,000, a goal of First Daughter Ivanka Trump.

The Congressional Budget Office (CBO) estimates that ending the mandate will result in 13 million individuals dropping their health care coverage, and in the process will raise premiums by 10 percent for everyone remaining on the Obamacare exchanges.

The move, however, threatens to lose votes from more moderate Republicans, who earlier put the kibosh on efforts to repeal and replace the ACA. One such senator, Susan Collins of Maine, suggested she could support the measure if, at the same time, the Senate included passage of the Alexander-Murray bill, which would restore health insurance subsidies (cost-sharing reduction payments) for low-income exchange participants.

Republicans are trying to pass the tax-cut bill through a process known as reconciliation, which requires only 50 votes — plus a tie-breaking vote from Vice President Mike Pence — to pass the bill. With only 52 Republicans in the Senate, the defection of more than two pretty much dooms the deal.

Meanwhile, the House of Representatives, working on its own version of tax reform, is expected to vote Thursday on its measure. The Senate hopes to hold a vote after the Thanksgiving recess, once debate and mark-up are concluded.

The Obamacare individual mandate requires each person in the United States to have health insurance or pay a tax penalty in the absence of proving a hardship.