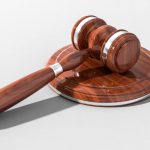 Score a victory for the Equal Employment Opportunity Commission (EEOC) in its effort to get courts to side with its position that Title VII of the Civil Rights Act prohibits discrimination based not only on sex but also on sexual orientation.

The commission’s sexual orientation discrimination lawsuit against Scott Medical Health Center, P.C., was one of the first two it filed and has now become the first to result in a victory.  A federal district court in Pittsburgh recently awarded the EEOC, on behalf of Scott Medical employee Dale Massaro, more than $55,000 in damages, the statutory maximum.

The court also issued a permanent injunction barring Scott Medical from engaging in any further sex harassment and requiring it to report to the EEOC for five years on any sex harassment complaints it receives.

Massaro worked as a telemarketer at Scott Medical and was subjected by his supervisor to “derogatory comments, slurs, and offensive questioning about his personal relationships.” When Massaro reported the harassment to the CEO, the CEO informed him that the supervisor was “just doing his job” and took no corrective action. After about a month into the job, the employee couldn’t take it anymore and quit. The EEOC then filed a sexual orientation discrimination lawsuit on his behalf in March 2016.

Philadelphia-based EEOC Regional Attorney Debra Lawrence said in a statement: “The pursuit of this case through trial and judgment demonstrates the unwavering commitment of this office to ensuring that LGBT workers are not subjected to harassment or other forms of unlawful dis­crimination. This case is one of many that point to the persistent and widespread problem of anti-LGBT bias in the American workplace.”