Reappointment of Feldblum to EEOC Could Face Senate Opposition 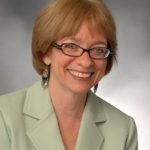 When Trump a week ago announced Feldblum’s reappointment, not a few conservative eyebrows were raised, given her advocacy of LGBT rights under Title VII of the Civil Rights Act, which the Trump Department of Justice has since disavowed. Feldblum was also a leading force behind the EEO-1 pay data reporting requirement, which is now on hold.

The Trump administration’s efforts to sneak through the appointment of a leading LGBT activist to the EEOC in the middle of the holiday season are extremely disturbing. Advocates of religious liberty in the U.S. Senate should not allow the radical left-wing LGBT agenda, spearheaded by Chai Feldblum, to hijack the legitimate purposes of the EEOC. The Senate HELP committee must reject Chai Feldblum and let her time expire.

The EEOC, like other federal appointive agencies, is split 3-2 with the president’s party holding the majority. Feldblum was nominated by President Obama as a fellow liberal, but when it came to replacing a Republican member, Obama chose the moderate Victoria Lipnic, who is now EEOC acting chair. Trump’s renominating Feldblum thus broke a tradition of choosing moderates from the opposition party.

Feldblum is a former Georgetown University law professor, whose work with the EEOC has often drawn praise from both sides of the aisle.