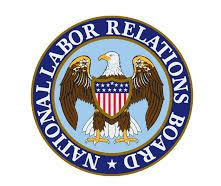 The National Labor Relations Board (NLRB), Republican-controlled, faces a quandary now that its inspector general has ruled that member William Emanuel should not have voted in a decision that reversed the Obama-era “indirect control” joint employer standard. As a result, that standard remains standing much to the chagrin of the GOP members.

The “indirect control” standard — meaning corporations like McDonald’s could be held liable for wage, hour and labor violations by its franchisees — was the result of the Obama’s NLRB ruling in Browning-Ferris, a case in which Emanuel’s previous law firm had been involved.

Later, the Trump NLRB reversed that standard in a case known as Hy-Brand, with Emanuel casting one of the three majority votes. The inspector general, however, ruled his vote unethical because of his previous firm’s involvement in Browning-Ferris, so the board threw out Hy-Brand, leaving “indirect control” as the reigning standard.

The board petitioned the court:

The National Labor Relations Board respectfully moves the court to recall mandate and continue processing this case. Board action since the court’s remand provides exceptional circumstances for recall of the mandate in this case, which had been fully briefed and argued, but not decided, prior to remand and mandate.

Ironically, John Ring, a new nominee to the board to replace the seat previously held by Philip Miscimarra, was confronted in his confirmation hearing yesterday about the Emanuel ethical dilemma and vowed he would recuse himself in any case that his previous law firm had been involved in. And unless and until he is confirmed, the board cannot find a case to reverse Browning-Ferris since the GOP lacks a majority.