Is Extended Leave a Reasonable Accommodation under the ADA? 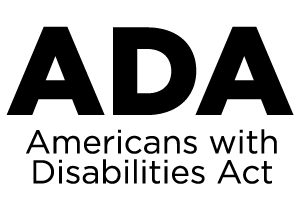 This week, the Supreme Court turned down a review of a ruling by the 7th U.S. Circuit Court of Appeals that extended leave under the Americans with Disabilities Act (ADA) is not a “reasonable accommodation” under the letter of the law. Two other circuit courts — the 10th and 11th — have issued similar rulings.

At issue in Severson v. Heartland Woodcraft Inc. was whether a “two-to-three month leave of absence, following the exhaustion of an employee’s leave entitlement under the Family and Medical Leave Act (FMLA)” was a reasonable accommodation under the ADA.

The 7th Circuit characterized the ADA as an “anti-discrimination” statute, as opposed to a “leave entitlement” statute, and affirmed a lower court ruling that such leave is not available under the ADA.

The ruling reads in part:

“[t]he term ‘reasonable accommodation’ is expressly limited to those measures that will enable the employee to work. An employee who needs long-term medical leave cannot work and thus is not a ‘qualified individual’ under the ADA.”

Raymond Severson, upon finishing his allotted FMLA leave for back surgery, obtained a doctor’s verification and asked for more time off under the ADA. Instead, the company fired him and told him he could reapply once fully healthy. When his doctor finally cleared him to work, Severson chose to file a lawsuit rather than reapply.

Despite its ruling on extended leave, however, the 7th Circuit affirmed that shorter-term leaves of absence sometimes could be construed as a reasonable accommodation under the ADA: “Intermittent time off or a short leave of absence — say, a couple of days or even a couple of weeks — may, in appropriate circumstances, be analogous to a part-time or modified work schedule….”

By refusing to review the Severson decision, the Supreme Court leaves the lower court’s interpretation intact, but the 7 Circuit ruling applies only to employers in Illinois, Indiana and Wisconsin.