SEC Votes on Its Own Proposed Fiduciary Rule 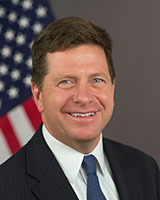 The Securities and Exchange Commission (SEC) on Wednesday, April 18, voted 4-1 on a proposed fiduciary rule that sets standards of conduct, additional disclosure requirements and restrictions on advisor/broker titles. The vote comes a month after the U.S. 5th Circuit Court of Appeals struck down a hotly contested fiduciary rule by the Department of Labor (DOL) that was already in effect but on hold until this July 1.

Eight years ago, Congress authorized the SEC to establish such a rule, but the DOL beat them to the punch with its 2016 standard.

In a statement released after the vote, the SEC explained:

“The framework of our proposal is straightforward,” SEC Chairman Jay Clayton said at Wednesday’s meeting. “It reflects a multi-pronged effort to fill the gaps between investor expectations and legal requirements, thereby increasing investor protection, and the quality of advice, while preserving investor access and investor choice, recognizing that access and choice are driven by what is available and how much it costs.”

The DOL rule actually placed stricter requirements on brokers, specifically those who market retirement plans, mandating that they put their clients’ best interest first (that is, not the broker’s commission to be earned).

Specifically, the newer SEC proposal requires that brokers disclose all “key facts” about potential conflicts and mandates that they have a “reasonable basis” to conclude investment products are in their clients’ best interest, the agency said in a statement. It would also require that firms note and mitigate “material conflicts of interest” related to financial incentives.

The proposal, which has not been released to the public yet, directs brokers to develop a disclosure form, not to exceed four pages, that reveals to their clients pertinent information such as their services, fees and standards. To avoid confusion, the rule also bars brokers from using the title of “advisor” or “adviser.”